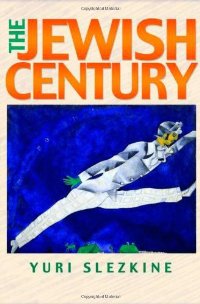 A brilliant book by Slezkine, a Berkeley history professor, that attempts explaining the dynamics of parallel societies, or Mercurians such as Gypsies, Jews and overseas Chinese, among their host nation people, or Apollonians. Slezkine, who is of Jewish ancestry and wrote the book in memory of a Jewish relative, explain firstly the history of the most successful Mercurians of our time - the Jews of the Russian Empire of the 20th century. But further, Slezkine draw open the blinds into the hearts and minds people of Western society - explaining how, in particular, Europeans became Mercurians and still are becoming Mercurian in their own home countries. With all the rootlessness, modernity and patricide that it implies. Read the book if you want to get to know yourself better.
See the interview with Slezkine by Harry Kreisler:
http://www.youtube.com/watch?v=K_nhahTUFWo
Upplagd av LCHF chef William kl. 11:23